Vodafone proposes to reduce to 1,000 the workers affected by the ERE

Vodafone proposes to reduce to 1,000 the workers affected by the ERE 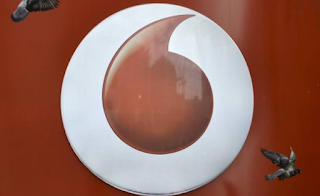 Vodafone Spain has offered in its final proposal to unions reduce the number of people affected by the Employment Regulation File (ERE) to 1,000 workers, one in five employees, reported this Wednesday union sources.

The unions with representation in Vodafone -UGT, STC and CC OO- and the management of the company held on Tuesday a meeting of the negotiating table of the ERE, originally planned for 1,200 workers (23.5% of the 5,100 employees) , with which the final offer supposes a reduction in 200 affected.

The company, which has agreed not to undertake another collective dismissal until March 31, 2021, has reported that if an agreement is not reached, the conditions for beginning this negotiation would apply, that is, 1,200 forced dismissals and 32 days / year up to 20 monthly payments, according to union sources. After the meeting on Tuesday, described as "marathon by the sources and that lasted throughout the day", Vodafone has convened a final meeting for next Friday to sign the final minutes of the process, with or without agreement.

STC has admitted that they have not achieved "many" of the claims they have defended and have convened a binding national referendum within their Vodafone organization on Thursday, to decide whether or not to accept the agreement. UGT, meanwhile, has considered that the negotiation has led to an offer "acceptable to the organization and staff" and held on Wednesday assemblies with workers.

In its proposal, which Efe has had access to, the operator has stated that exceptionally employees who, during the year 2020, will be 55 years old and have 10 or more seniority-a total of 102 employees-will be able to voluntarily join the ERE, with what the maximum of affected could be placed in 1,102 employees. The company also proposes gross compensation of 50 days of salary per year worked, prorating for months the periods of less than one year with a maximum of 33 monthly payments.

In addition, for employees with a fixed salary equal to or less than € 28,000 gross per year, with at least five or more years of service, an indemnity supplement of € 6,000 will be offered. As for employees with 55 years of age as of December 31, 2019 and 10 or more years old, they will be able to benefit from early retirement with 85% of the net fixed salary, plus the net 50% of the variable salary target.

The proposal foresees accepting the total number of voluntary requests up to the limit of the number of positions finally affected at the management level and with the right to veto by the group. The deadline for voluntary assignment for those affected in 2019 will begin on February 25 and close on March 4.

Vodafone has justified the ERE, the third of the company in the last six years, in economic, productive and organizational reasons. The operator already cut its workforce in 2015 by about 1,000 workers after integrating the operator ONO, which it acquired in 2014, and before, in 2013, by about 900.