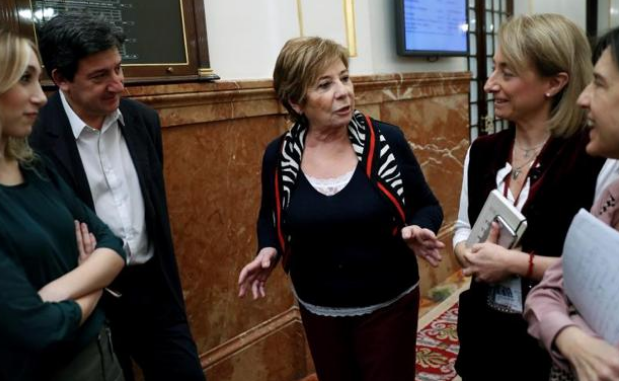 «The document is not sufficiently consensual». With this reason justified the president of the Commission of the Toledo Pact, Celia Villalobos - who yesterday announced his farewell to politics - his decision not to convene a new meeting to discuss proposals to which the groups had arrived during the more than two and a half years of work. PSOE, PNV, PDeCAT and Compromís had filed the petition the day before. However, formations yesterday voted against it because there was a consensus text that could be subject to debate and vote, with four noes (the PP can and Citizens) and yes (the PSOE). This happened just 24 hours after Podemos could unmark yesterday a possible agreement by announcing that he would present particular votes to 20 of the 21 recommendations drafted.

However, the Socialists refused to throw in the towel yet and their spokesperson in this commission, Mercè Perea, used a last bullet: the commitment to present a minimum agreement that includes only the first two recommendations in order to save the Pact of Toledo. Recommendation 1 is the one that has to do with the separation of sources of funding from the system and it would be being redrafted, while recommendation 2 refers to the maintenance of the purchasing power of pensions and would be maintained in the terms of the which was closed last September (a rise "based on the real CPI") by all groups, with a particular vote of ERC.

"The Pact is open," said the deputy, despite the fact that most parties consider him buried. Perea presented the request that there be a new meeting of the table this week.
- March 04, 2019