The Ibex domes earn 132 times more than their employees

The Ibex domes earn 132 times more than their employees 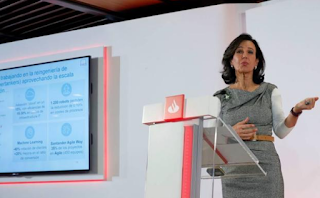 The productivity of companies has risen more than 7% since 2010 and the profits of companies has also increased since then by 16%, but the average salary has only grown by 2.7% . In fact, real wages have fallen by 1.3% for the past nine years if inflation is taken into account, as explained by the study 'Unequal distribution: how the Ibex-35 companies distribute value', carried out by the organization Oxfam Intermón and that will be published this Thursday.

In the Ibex 35 companies, the wage inequality is even more pronounced, motivated by the high salaries managed by the managers of large companies. The report details that the average salary of people working in these companies is 66% higher than the average for Spain , but the internal gap is huge.

Thus, the average salary of the top executives of these firms grew 58.5% from 2014 and 27% last year -16.3% for directors-, that is, 132 times more than that of their employees. The average remuneration of its heads was 4.98 million euros. "In these companies, wages are moving at idle for workers and at top speed for the elite," denounces Oxfam.

The average annual remuneration of employees reached in 2017 -the last year of which there are comparable figures- the 37,612 euros, an increase of 7% since 2014. However, with respect to 2016 only increases by 1.6%, three times less than the increase in the productivity of the Ibex firms, which improved by 5% in that period. That year the remuneration of senior managers (947,864 euros on average) did not grow much more, or 1.9%.

On average, however, the top executives of large Spanish listed companies earned that year 25 times more than the average salary of their companies, while in the directors the difference was 21 times.

The Ibex companies where the distance between their top management and employees was greater were ACS, whose maximum responsible obtained 627 times the average salary of the company, Inditex (561 times), Acciona (438) and Abertis (425). On the opposite end, the semi-public company AENA was found (51% of the shares are controlled by the State), where its chief executive earned four times more than the average salary at the airport manager in 2017.