Rato, one step away from being judged by advertising contracts in Bankia

Rato, one step away from being judged by advertising contracts in Bankia 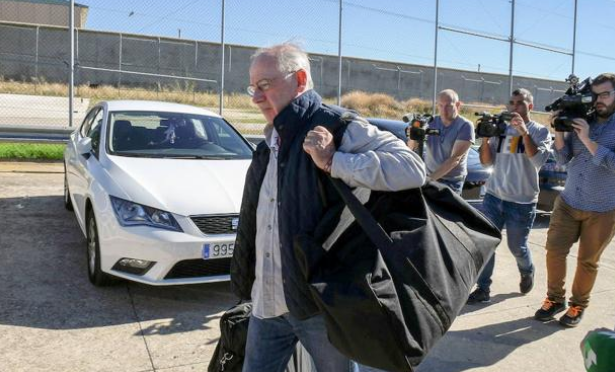 Rodrigo Rato is about to face a new trial, after those of the "black" cards - for which he was already sentenced to four and a half years in prison, a penalty he has been serving since the end of October - and the Bankia IPO -which began at the end of November and still has several months left. On this occasion he faces an accusation for an alleged crime of corruption between private individuals , punishable by sentences of six months to four years in prison.

The holder of the Court of Instruction number 31 of Madrid, Antonio Serrano-Arnal, has concluded the preliminary proceedings on this case of alleged treatment of favor to advertising companies Zenith and Públicis in several Bankia contracts when Rato presided. And he has done so by finding indications of the possible commission of the aforementioned crime .

That is why he has issued an abbreviated procedure against him and another dozen people, in addition to the two companies cited, as it was known this Thursday. They include Alberto Portuondo, his alleged front man; Teresa Arellano, her former personal secretary; and José Manuel Fernández Norniella, his collaborator from the stage in the Ministry of Economy and whom he appointed as executive director of Bankia.

According to the conclusions of the investigating judge, patrimonial societies linked to Rato received between 2011 and 2012 two transfers from the aforementioned advertising companies for a total of 834,000 euros . The defense of the ex-politician who became a financial officer - after becoming the economic vice-president of the Government headed the IMF, later to chair Caja Madrid and Bankia - maintains that it was the payment for intermediation services of those firms, of which he also said that he did not have a contact direct, but the Anticorruption Prosecutor's Office maintains that in reality it would be the payment of commissions for awarding contracts 'by hand' from the bank.

Now the Public Ministry and the accusations will have ten working days to present their writings of accusation, previous step so that the judge dictates the opening of an oral trial against Rato and the rest of the investigated. This is the first piece that is concluded within the criminal case opened almost four years ago about its alleged illicit enrichment.

Heritage investigation
According to the Office of Investigation against the Fraud (ONIF), Rato would control - directly or indirectly through its personal environment - a heritage of "at least" 26 million euros . A good part of it would not have been declared to the Treasury, according to the conclusions of the Tax Agency, which attributed an alleged fiscal offense amounting to 5.4 million euros for the years of 2014 and 2015, the only ones that would not have prescribed

In addition, it is being investigated for alleged money laundering, having detected movements abroad of 7.8 million, with income in accounts of companies located in tax havens and controlled by Rato. This could be the next piece to conclude, given that the Provincial Court of Madrid has ordered it despite the insistence of the Prosecutor's Office to collect data from more than a dozen accounts in offshore territories such as Monaco, Switzerland and Panama, between others.
- March 04, 2019