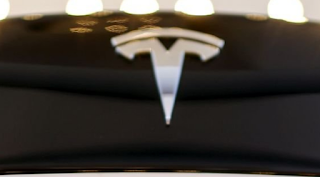 The new version will be available from June

Tesla continues to make progress in the construction of its new models and also in the Autopilot software update to drive the Elon Musk vehicles autonomously. According to the director of the company, he will be "super soft".

In his message on Twitter, the businessman is highly optimistic with the result of the development of Autopilot. "The new control algorithm is smooth as silk," said Elon Musk, who in this way advances improvements in the vehicle's speed control system, which had generated criticism among some users for the sudden accelerations.

Thus, the CEO of Tesla responded to a Twitter user who asked him about it, recognizing that the current control algorithm "is safe, but uncomfortable" and advancing that the new one will be "even safer, but super smooth".

Another detail of the new section confirmed by Musk is the perpendicular parking and rain sensors for Tesla's HW2 model. Asked by a user, the entrepreneur indicated that both features will be incorporated into the new version that will be released in June.

Tesla vehicles have eight cameras that guarantee a 360º vision coverage and a range of up to 250 meters. The cars also have 12 built-in ultrasonic sensors that detect solid and white objects around the vehicle. This new version plans to improve only the HW2 model, not the HW1.
- November 07, 2018