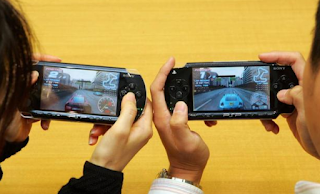 The Asia-Pacific region accounts for 46.9% of video game sales worldwide, which contrasts with sales of video game consoles, led by Europe with 35.8% of sales worldwide. The trend of sales figures by region suggests that the Asian market will continue to grow above the rest of the markets.

As for sales forecasts, after a few years of stability (except for 2014 when sales increased by 14%), sales in Europe are expected to grow at least for the next 5 years. The growth of the Asia-Pacific region, is already two figures since 2010 and is expected to remain at rates above 10% per year, at least until 2020.

In the report, The videogame industry 2017, it is extracted that the sector billed at international level in 2016, 1163 million euros, a figure that increases by 7.4% with respect to the previous year. Sales of video games in Spain fell slightly in 2016 to reach a figure of 781 million euros, which represented a contribution to the economy of 111.96 million. It is expected that this figure will reach 128.56 million in 2017, which makes the videogame sector one of the pillars of the country's cultural industry, above the book and music.

Despite the fall in terms of revenue, both the sale of video games (9,119 units) and video game consoles (1,209 units) increased, while accessories decreased sales (4,295 units).

The Spanish business network of the videogame industry is quite young, since the average age of the companies is between 2 and 5 years. The size of the same is small, being only 5% of them companies with more than 50 workers. This sector employs 7,024 people in Spain in 2017 and the trend is very positive, expecting that by 2020 it will reach 10,113 jobs.

The sale prices present very different data according to the different regions, placing Japan at the top and Italy as the region where players can buy video games at a lower cost. In Spain, in 2017, the average sale price of a videogame stands at 56.8 euros.
- October 11, 2018