The robot Pepper will have a smart brother in 2019

The robot Pepper will have a smart brother in 2019 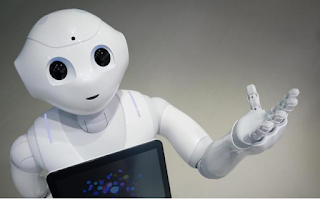 Lovot is able to understand verbal and non-verbal language

Two years, this is the amount of time the robot Pepper has to wait to meet his new brother Lovot. This new android is in the process of production by the company Groove X with the financial support of a Japanese public-private fund, and its design and features will be presented in the fall of next year, explained a spokesman for the Tokyo-based company. .

His father is the Japanese engineer Kamame Hayashi and claims to have created a domestic robot prepared to "convey emotions to their owners and offer them company."

This device aims to go one step further than other automata, since it will be able to "improve the life" of its owners, of "listening to their problems" or of "comforting them when they cry", according to the company.

Lovot will have a size less than 120 centimeters of Pepper, a "simple" design and an intelligence "comparable to that of a cat" that will allow him to "understand part of the verbal and non-verbal language," explained Hayashi.

The Japanese engineer led the team that developed the humanoid with affable features and curvilinear anatomy, but after the market launch of Pepper and his brilliant commercial success, he decided to found his own company.

Groove X has received a financial support of 56.7 million euros from the public-private fund Innovation Network Corp and other Japanese consortiums and entities to develop the new generation android.

The company has managed to attract this funding with a project that, according to claims, has great potential to offer "emotional support" and "relief" to Japanese society in the current demographic context of Japan.
- October 11, 2018