The first SMS is 25 years old

The first SMS is 25 years old 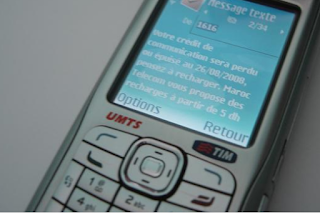 Merry Christmas» were the first words that were sent through a computer; then this messaging service became popular among mobiles worldwide

December 3, 1992 is a date that marked a before and after in world telecommunications. That day, for the first time, a text SMS was sent and contained only two words "Merry Christmas" ("Merry Christmas" in English).

The creator of this way of communicating that revolutionized telecommunications was Neil Papworth , a 22-year-old software programmer, who sent these 15 characters from a PC to his colleague Richard Jarvis .

Papworth had worked as a developer to create a short message service (SMS) for Vodafone. A year later, in 1993, Nokia introduced SMS functionality with a distinctive sound to signal incoming messages.

"In 1992, I had no idea how popular text messages would become, and that these would lead to the 'emojis' and messaging services used by millions of people around the world. the importance of that first Christmas message in the mobile story, "says Papworth.

At first, text messages had a limit of 160 characters. The first users invented new forms of expression such as "LOL" to "laugh out loud" and emoticons, symbols made with keyboard characters to show emotions. These abbreviations would later inspire the creation of the first 'emojis'.

In 1999, seven years after the first SMS message from Neil Papworth, the texts could finally be exchanged across multiple networks, prompting their rapid adoption. 25 years later, SMS continues to show strength in some countries such as Canada, the United States or France, according to the GSME Intelligence GMEI 2017 study.

In Spain, text messages have been displaced by WhatsApp and other instant messaging services. Although the telecommunications companies promote rates that include the sending of unlimited SMS.

According to data from the National Commission of Markets and Competition (CNMC), Spain is at the tail of Europe in terms of sending SMS, with 6% of the population that says using text messages as a form of communication, compared to 75% in Ireland or Denmark, according to Eurobarometer 2016 data.
- October 11, 2018