Microsoft has a problem with facial recognition

Microsoft has a problem with facial recognition 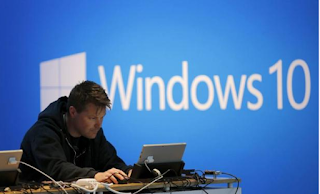 First was the iris recognition of Samsung S8, then it was the turn of Apple's FaceID and now it has been Microsoft with Windows 10. Although, hackers had to devise more in the case of the South Korean and the giant of Cupertino , especially in the case of the latter.

To make a mockery of Microsoft's systems, only one photograph was needed to log in. This vulnerability has been found by a group of SYSS researchers, but in some cases it can be solved without problems.

The error has been discovered when testing the Windows 10 Anniversary Update launched in 2016. The experts managed to start the session with a photo taken with an infrared camera.

However, Microsoft has a security barrier to prevent this type of cheating and avoid gaps in their systems. This tool is present in its latest versions, but not all computers do not support it and, in addition, the Creators Update and Fall Creators Update versions deactivate the default function when updating.

In a video posted on Youtube, SYSS researchers warn of this problem and remind users to keep Microsoft's operating system updated and reconfigure Windows Hello to activate the software feature to prevent the system from being fooled with a simple Photography.
- October 08, 2018