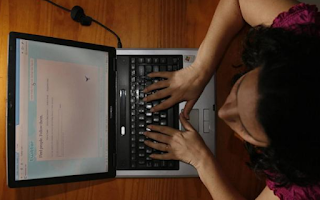 Since 2015 the percentage of skeptics in the news in general has dropped by nine points, from 33% to 24%

The irruption of social networks as communication channels has not prevented the media from enjoying the confidence of Spanish Internet users as quality news providers, according to the Digital News Report Spain 2017 report.

The study, reported today by the University of Navarra, states that since 2015 the confidence of Spanish Internet users in news in general has risen by 17 points, from 34% to 51%, and the percentage of skeptics has fallen by nine, from 33% to 24%.

In addition, 46% of users believe that the media better than social networks (36%) function to help differentiate certain facts of the hoaxes, a trend that occurs in almost all countries.

It also increases the number of Internet users who consider that, in most cases, the media are not free from undue influence from the government and politicians (from 53% in 2016 to 57% in 2017) or from economic and business groups (from 51% to 55%), and reach 10% of Internet users who intentionally elude the news and 16% who sometimes do so.

The main reasons mentioned for this behavior are the negative influence exerted by the news in the state of mind (37%), the impotence to change things (32%) and the distrust in the veracity (29%).

Despite the increase in confidence in the media, people who had bought a printed newspaper the week before the survey fell 14 points in 3 years, followed by 9% the number of users who pay for digital news and fell to 11% those who intend to pay in the future.

In fact, in global terms, more than half of Spanish Internet users (53%) paid nothing for information, twelve points more than in 2014, and the main reasons are free (55%) and the idea that by information digital is not worth paying (31%).

Other data point out that 28% of Internet users use digital advertising blockers, the same number as last year.

The survey also shows that 60% consult seven or more information brands in a week and, of all of them, television channels are still the most used (77%), followed by social networks (58%) websites and newspaper apps (53%) and printed editions of the newspapers (48%).

The analysis also shows a close relationship between the rise of digital channels and the popularization of smartphones and tablets, which in 2017 surpass the computer as the main access to digital news (47% vs 46%).

Finally, the report indicates that traditional journalistic brands continue to be perceived as valuable by most of the respondents, although the use of networks grows six points between 2015 (35%) and 2017 (41%) and mobile alerts as access to Digital news has gone from 8% to 12%.
- October 22, 2018