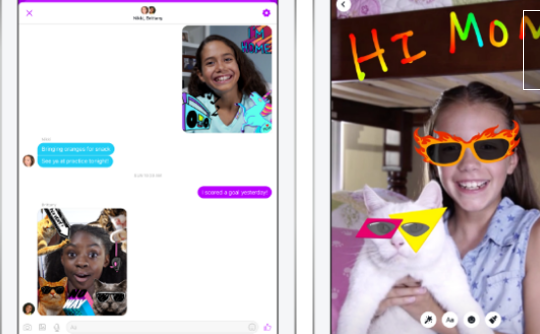 Facebook has more than 2 billion users on its social platform, all of them, in principle, over 13 years of age , since its usage rules prohibit minors of that age. Now, Facebook has forgotten that restriction and has launched the conquest of these little ones with their new Messenger Kids application .

An application that will not have ads and that, according to Mark Zuckerberg's company, will have parental control so that parents know at all times what the children are talking about.

A work of a year and a half with different social agents that has given birth to Messenger Kids that maintains the characteristics of the normal version. The youngest may request to communicate with any user or receive requests, but only their parents can authorize the connection. In addition, they can make use of stickers and emojis, video calls with facial animation options, including GIFs, although only those that are appropriate for their age will be shown.

Only the friendships of the parents on Facebook will be able to see the minor's Messenger profile. The application is designed so that children can be in contact with friends and family, not to contact strangers. Of course, the conversations of the smallest will be private , also for their parents.

Facebook notes in the note of presentation of Messenger Kids that "it tries to solve a dilemma to which many families face: the desire of the children to be connected in the social networks without the worry of the parents for their security".

However, this move seems to be a step in front of Facebook to snatch future users from its competitors, especially Snapchat . The platform of ephemeral messages is the favorite of teenagers in the United States and is the new enemy of the Zuckerberg universe, which is increasingly present in their products.
- October 11, 2018