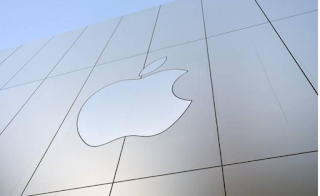 The General Court of the European Union (TGUE) ruled in favor of US technology maker Apple in its appeal to prevent the Chinese phone group Xiaomi from registering 'MY PAD' as a trademark in the EU, looking like the 'iPad' device of the signature of the apple.

Xiaomi requested the European Union Intellectual Property Office (EUIPO) in 2014 "to register the word sign 'MY PAD' as the EU trademark for electronic devices and telecommunications services", a claim that Apple opposed when considering which was similar to its 'iPad' brand, reminded the European court.

In 2016, EUIPO concluded that "the differences between the two signs were not enough to exclude the risk of confusion and that the relevant public would think that the 'MY PAD' brand was a variant of the 'iPad' brand." The Chinese firm then appealed to the EU General Court, which today ruled in favor of the US company based on several similarities. In the "visual plane", the magistrates of the court of Luxembourg understand that both "signs" have a "high degree of similarity" because the sequence of letters is the same.

The court of Luxembourg further argues that "in view of the identity or similarity of the products and services covered by the two signs, the Intellectual Property Office of the European Union correctly concluded that there was a risk of confusion on the part of the public "
- October 11, 2018