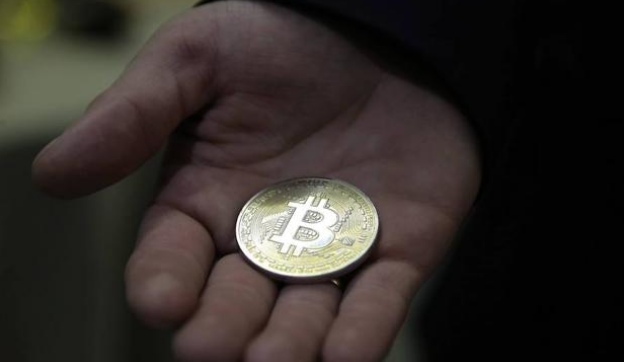 Venezuela launches Petro, while Japan prepares it for 2020

$ 11,000, this is the figure that bitcoin has reached in recent days, the cryptocurrency par excellence. A digital currency that was born in 2009 based on blockchain technology or block chain, which underpins its security systems, and what really interests the market. "Bitcoin has little use as a payment currency," several analysts explain to Innova +.

"Bitcoin was the first cryptocurrency, whose purpose is to improve existing money, but there are more than 1000 cryptocurrencies, all trying to solve some type of problem in a different way," says Adolfo Contreras, director at Patron Bitcoin.

In spite of this, all focuses are directed towards bitcoin, even from the states and central banks themselves. The absence of government regulation has made cryptocurrency an easy target.

Two of China's biggest exchange houses, OKCoin and Huobi announced in September that they would cut all transactions between bitcoin and yuan by October 31. For its part, BTC China, a house of change based in Shanghai, said it would not carry out more transactions since October.

All with the objective of controlling the cryptocurrency and that is to create their own. That's what Tokyo thought with the announcement of J-Coin, a virtual currency that will come with the lighting of the Olympic torch in 2020.

According to the Financial Times newspaper, this currency is driven by a consortium of banks of Japanese origin, led by the firms Mizuho Financial Group and Japan Post Bank. According to that publication, the consortium would have received the support of the central bank and also of the financial regulator of that country for the development of this virtual currency.

"If we talk about other cryptocurrencies than bitcoin, I think some will be useful, especially those supported by governments, as long as they are referenced to Bitcoin or gold," says Contreras.

Dodge the crisis
The last to join the cryptocurrency fever has been the Venezuelan government of Nicolás Maduro with Petro, a cryptocurrency backed by the country's reserves of oil, natural gas, gold and diamonds. "It does not make sense if it is referenced to oil, because the supply of oil is elastic to the demand for oil and therefore it is not a good reserve of value," points out the director of Patron Bitcoin.

"It would make more sense if Venezuela adopted bitcoin"

"This will allow us to move towards new forms of international financing for the economic and social development of the country," Nicolás Maduro said Sunday in the weekly broadcast of his television and radio program.

"It would make much more sense if Venezuela adopted bitcoin directly, that Bolívar was referenced to bitcoin, and that Bolívar was used for payments, and bitcoin to conserve the value of your money," adds Contreras.

A movement by Maduro to try to overcome the economic, political and institutional crisis that the Latin American country is experiencing and whose currency is increasingly sinking against the US dollar. "I do not know if we are prepared for a State incapable of confiscating citizens' money, or capable of doing so with enormous difficulties." It is also a paradigm shift to think about the possibility that the Central Banks lose their role, that the banks they end up having the Central Bank as lender of last resort, that the States can not print money to balance their accounts ", explains Contreras.

What does seem is that citizens are prepared, "because we already use in the day to day apps to pay and manage our finances," he says. Especially in Venezuela itself and that is having an impact on the energy sector. While some buy, others are dedicated to make this particular system work with very powerful computers that must remain on at all times. This results in a vertiginous increase in the electricity bill.

The spectacular inflation in the Latin American country, around 1600%, causes that many Venezuelans are launched to the bitcoin mining, a legal fact, but that begins to be persecuted by the authorities of the country.

According to ING, the annual electricity consumption of the criptominería in the case of bitcoin is around 200 kW. A high bill in the United States or the Old Continent, but in Venezuela due to subsidies it is cheap to mine. Last year a Venezuelan miner was accused of "energy theft", now with this measure Maduro and his ministers control the manufacture of these cryptocurrencies. "The bitcoinization of the economy is equivalent to giving an incredible power to the citizen in front of the State, like what we have today and it is difficult to foresee the consequences.There are people who bet on a world in which the Nation-State model becomes obsolete, and others who believe that this world of cryptocurrencies is perfectly compatible with the current one ", states Contreras.
- October 11, 2018