A mechanical workshop with unbeatable prices, cover of a band that stole cars

A mechanical workshop with unbeatable prices, cover of a band that stole cars 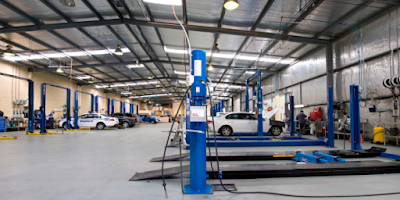 Agents of the Civil Guard belonging to the Pinto post have dismantled a criminal group composed of five people, all of Polish nationality, who had specialized in the theft and cutting of vehicles.

The detainees are accused so far 17 robberies perpetrated since last April. The agents have managed to recover a multitude of pieces located in a ship used by those already detained to "cool down" and break up the cars. All these spare parts are being studied, so their involvement in more criminal acts is not ruled out.

The investigation began after the complaint of a customer of a mechanical workshop run by Polish citizens. The prices of the repairs were much lower than those of other workshops in the area, which led to the suspicion that there might be some kind of illegal activity behind.

As of this moment, the Civil Guard of the Pinto post began its investigations identifying the regents of the establishment. These have a large criminal record related to the theft, cutting and sale of vehicle parts.

As a result of the vigilance established by the guards, it was found that those already detained had a ship located in San Martín de la Vega, where the vehicles were moved after their theft. There they were cut for later sale to other workshops or use of them in their property.

In the group stand out two of the detainees for their expertise for the removal of vehicles, two others were responsible for cutting, as they have a high degree of knowledge of mechanics and the last was responsible for marketing the pieces.

The detainees are Polish citizens, aged between 37 and 60 years of age and all have a criminal record for similar events. They have already been made available to the competent judicial authority.
- September 01, 2018