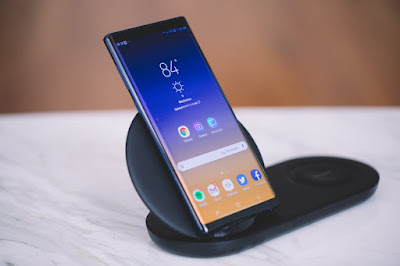 After several months of waiting and dozens of rumors about its specifications and spy photos that portrayed the design, the new Samsung Galaxy Note 9 has finally become reality: presented by the Korean company on August 9 in New York, now has to convince not only users, but also reviewers and hardcore enthusiasts.

And judging from the first reviews if it is doing quite well, especially as regards the display. According to DisplayMate , one of the most authoritative portals in terms of qualitative analysis of the screens, the panel mounted on the Galaxy Note 9 is up to 27 brighter than the one used with the previous model, the Note 8, in the High Brightness mode .

But the most conspicuous and significant step forward was made in the accuracy with which the terminal reproduces colors, which is judged by the site as "visually indistinguishable from perfection"; a mix of innovations and general quality capable of establishing, and at the same time breaking, new performance records for the mobile segment.

All these praises have earned the Korean phablet the highest mark ever awarded by DisplayMate, A +. Prior to Note 9 , similar results were only achieved by the Galaxy S9 , Samsung's previous top-of-the-range.
- August 19, 2018