The alternative route to rediscover Madrid by car

The alternative route to rediscover Madrid by car 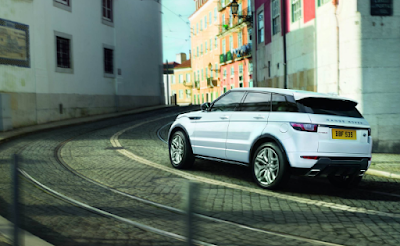 Exhibitions, shops, or trendy neighborhoods ... we tour the capital at the wheel of the Range Rover Evoque, the Land Rover compact SUV designed to explore the city

Do not leave home to break the daily routine. The city is in constant transformation and every day a new place arises to discover: a fashionable restaurant, the opening of a gallery or a neighborhood that you must visit.


There are always many things to see; Sometimes, you just have to change the perspective. We have developed an urban guide to rediscover Madrid. But do it well, in a car capable of facing the unexpected and challenges posed by the capital, driving a sporty and off-road model like the Range Rover Evoque . The SUV of the British firm retains all the capacity and the wild spirit of Land Rover in a compact size, designed to explore the city.

We all need extra help to start the day, especially when it's time to get in front of the wheel. Resorting to coffee with milk when the asphalt burns, perhaps is not the best option. It's time to try something more refreshing, like a cold brew . Although the name evokes millennial modernity - and none would reject one - this infusion of cold coffee has been a success in the United States.


At Misión Café (Calle de los Reyes, 5) they serve a sparkling nitro cold brew and at Pum Pum Café(c / Tribulete, 6) merge it with orange. Do not be afraid to get lost in the streets of the center, thanks to its sporty and compact style, Range Rover Evoque allows you to adapt to the most difficult spaces and conditions with complete peace of mind.

There is nothing more itinerant than the cultural agenda of Madrid. Drive to any of the exhibitions offered by the capital and let yourself be transported to other worlds. Until the end of the month, the Palacio de Gaviria (Calle Arenal, 9) hosts the exhibition Duchamp, Magritte, Dalí: twentieth-century revolutionaries , a tribute to all those artists who broke the rules in favor of creativity.

Also the aristocracy, avant-garde and Hollywood icons await you at the Canal Foundation (Calle Mateo Inurria, 2). Cecil Beaton. Myths of the 20th Centurycollects more than one hundred portraits of one of the photographers of the time. Get out of the car for a second and get soaked in culture. With the Range Rover Evoque InControl system - a technology designed to improve user connectivity and entertainment - it will be easy to find a parking space.


EAT IN ANOTHER CONTINENT

It may seem crazy, but the Usera neighborhood is the best example of transformation. The Airbnb platform included this 'Chinatown from Madrid' (as it is now known) in its list of neighborhoods with the greatest projection, a "place of retreat in the face of the usual madness of life in the city". Although the gastronomic offer is interesting, the Royal Cantonese restaurant (Olvido street, 92) deserves driving. For some it is the best Chinese restaurant in the city.

"Fashion is a weapon to survive the routine." And nobody knew better than Bill Cunningham, who until the last day toured the streets of New York to portray the style of the big apple. In Madrid you can also draw a style map through its stores. Buy something nice or fill the trunk, there is room for everything in the Range Rover Evoque (has a capacity of 575 liters the model of 5 doors). Its cargo area has been designed with intelligence and the result is 575 liters of free space. Start filling it with Salesas, the new golden mile of the capital, thanks to exclusive boutiques such as SUUS (Argensola, 4) or VeSTIMENTA (Pelayo, 80), whose team of professionals is dedicated to traveling around the world to find special clothing . The Serrano neighborhood will always be a safe bet. Yusty (Serrano,

Outdoor cinemas are a classic every summer, any place is good to enjoy a good movie. The Film Festival at La Bombilla (Plaza San Antonio de la Florida, 1) is the most popular, with more than a hundred different titles. On the other hand, Autocine Madrid Race, near the Paseo de la Castellana, is the largest drive-in cinema in Europe. Just look for a good site in front of the screen, because the experience improves within Range Rover Evoque. Designed to drive comfortably, the seats incorporate massage function and the temperature can be regulated. Also, if you do not like what they put, you can use InControl technology and see one (or two) different on your Dual View screen .