Samsung working on a Galaxy A4: imminent launch for this cheap smartphone 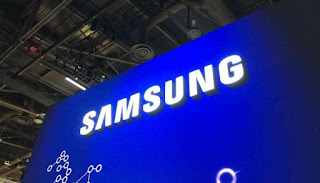 Samsung is one of the manufacturers that presents as many smartphones as possible, many to allow them to cover virtually every single price range possible . The wide Galaxy J series is aimed at entry-level consumers, the Galaxy A devices are positioned in the mid-range segment while the Galaxy S and Galaxy Note lines occupy the premium segment.

However, it seems that Samsung's marketing staff have found a hole in this product portfolio and reveal it is the Bluetooth certification of a new smartphone. Its name should be Galaxy A4 , a terminal that will be positioned under Galaxy A8 , A8 +, A6 and A6 +  that all arrived early this year.

Specifically, the following Galaxy A4 models have been identified: SM-A460F, SM-A460F_DS, SM-A460N, SM-A460U, SM-A460X, SM-A460XN and SM-A460XC. Many variants of the same smartphone, however, intended for different markets and with different LTE bands. In addition, the model SM-A460F_DS suggests that Galaxy A4 will also have Dual-SIM functionality .

As for what you can expect from your smartphone, it is very likely that you arrive with Infinity Display , clearly small, set inside a body with an aluminum structure. The rest of the features we do not know but we expect a Quad Core processor with at least 32 GB of internal memory .

Surprisingly, there may also be two rear cameras for a natural bokeh effect . All managed by Android 9 Pie with Samsung Experience custom interface. No details even on the date of presentation of the smartphone that in any case has already received Bluetooth certification and is therefore imminent.

We can venture that Samsung will present this new Galaxy A4 as early as next month, perhaps at the IFA 2018 in Berlin that will start on August 31st and will continue for the first days of September. Only during the presentation we will discover the price of the smartphone and if it will be flanked by a Galaxy A4 + .
- August 19, 2018

Email ThisBlogThis!Share to TwitterShare to FacebookShare to Pinterest
Labels: Samsung