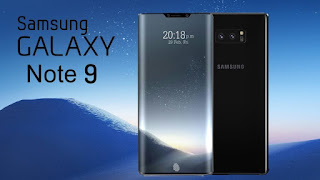 Last August 9th, at the  Barclays Center in New York, the new Samsung Galaxy Note 9 was officially presented  , the new  phablet of the Korean company destined to represent the company's top of the range and a reference point in the market.

Note 9 will arrive in Italy only on 24 August, while it is already present on the Asian market. These days, the web has also received the first reviews on the product: the first impression of professionals and users is absolutely positive: the  device , almost unchanged from the aesthetic point of view, has many significant differences compared to the previous model  in terms of of the functionality and the hardware and software features.

The first aspect analyzed by analysts is that of its completeness. It is an efficient model under every profile, renewed in the camera, in the processor and in the audio system (the Achilles heel of Note 8). The introduction of the new S-Pen, significantly improved and extended in its possibilities of use, enriches the new Phablet on the market with new functions  .

Remarkable improvement in terms of the processor: the new Exynos 9810 is capable of reaching a maximum clock speed of 2.7 GHz (against the 2.3 GHz of the predecessor). Appreciated the choice to introduce two sizes of Note 9 with RAM, respectively, 128 and 512 GB, both expandable via SD card.

Samsung Galaxy Note 9  looks like a more powerful device, with better quality in photos and videos, but also more ergonomic, thanks to a more slender design than the previous generation model.

The real highlight, however, is the display, considered by many the best currently on the market. The SuperAMOLED panel, compatible with the HDR10 standard, is based on a new graphics card, the Mali G72 MP18, which guarantees a very high performance in terms of definition. The curvatures along the sides and the possibility of activating a mode optimized for video playback make the Note 9 screen a true masterpiece of design and technology.
- August 19, 2018

Email ThisBlogThis!Share to TwitterShare to FacebookShare to Pinterest
Labels: Samsung