Galaxy X, when will we see the Samsung folding smartphone? 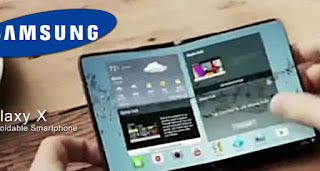 Doubts, perplexities, but also fears. The Galaxy X could be a big disappointment, especially since now the rumor has spread that the much-vaunted flexible screen will instead leave room for a more pragmatic folding screen.

Those who expected the smartphone to fold like a piece of paper will most likely be disappointed. Still nothing is certain, but it seems that instead this Galaxy X will be a kind of Axon, the device already launched on the market for quite a few months by ZTE . The latest rumors then tell us that the folding smartphone called Galaxy X will be presented in February 2019, at the MWC in Barcelona. The output probably in April, but limited availability.

How come this rush and above all because the limited availability? The first answer is that the competition moves forward, even Huawei has recently patented a similar product, not to mention Apple and LG, which seems to be working together for a project dedicated to a fully flexible and foldable display and body.

Moreover, it must be said that now many users are impatient and Samsung has announced this news for several years now. The fact that availability, however, is restricted to a certain number of sales also suggests that the South Korean company is not at all sure of the product and therefore wants to test its practical effects first on the public, before a possible large-scale sale.
- August 19, 2018

Email ThisBlogThis!Share to TwitterShare to FacebookShare to Pinterest
Labels: innovation