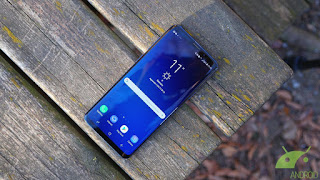 Good news for the owners of the Samsung Galaxy S9 and Galaxy S9 Plus Exynos version , ie the models marketed in Italy.

It seems, in fact, that the battery life of the international variants of the device has greatly improved with the Android security update of the month of August .

Immediately after the release of the update, the network has multiplied the reports of users that the duration of the battery has lengthened, which is a sort of "reward" for those who bought these devices, accused of having a lower autonomy compared to the variants that use the Qualcomm Snapdragon 845 processor.

Not all Samsung Galaxy S9 and Galaxy S9 Plus owners have noticed battery life changes since the August patch, although some argue that the overall performance of devices is now more uniform.

Recall that the Korean manufacturer kicked off the release of this update last week but still may not be available for all models marketed. Still a little patience.
- August 19, 2018

Email ThisBlogThis!Share to TwitterShare to FacebookShare to Pinterest
Labels: Galaxy